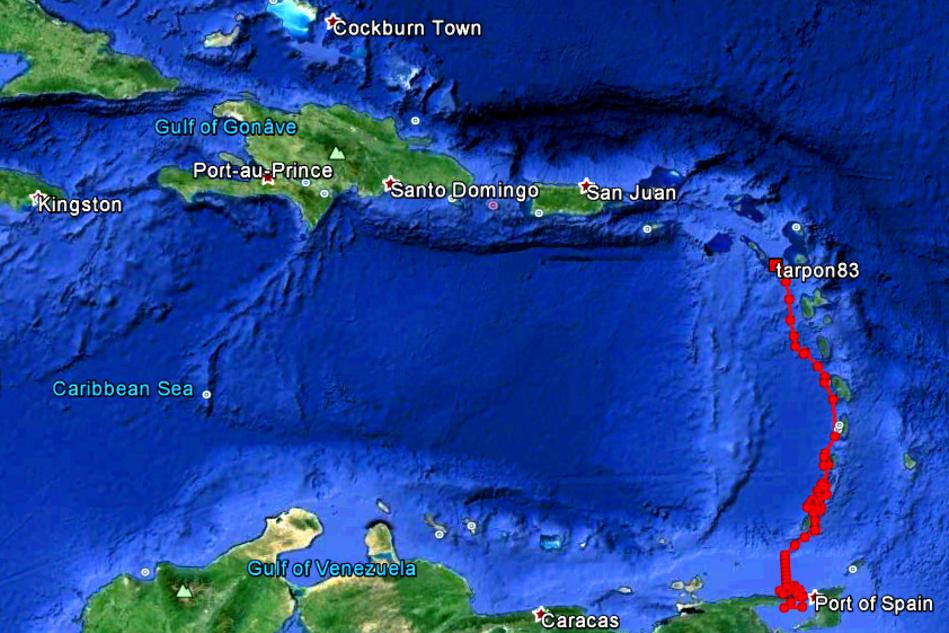 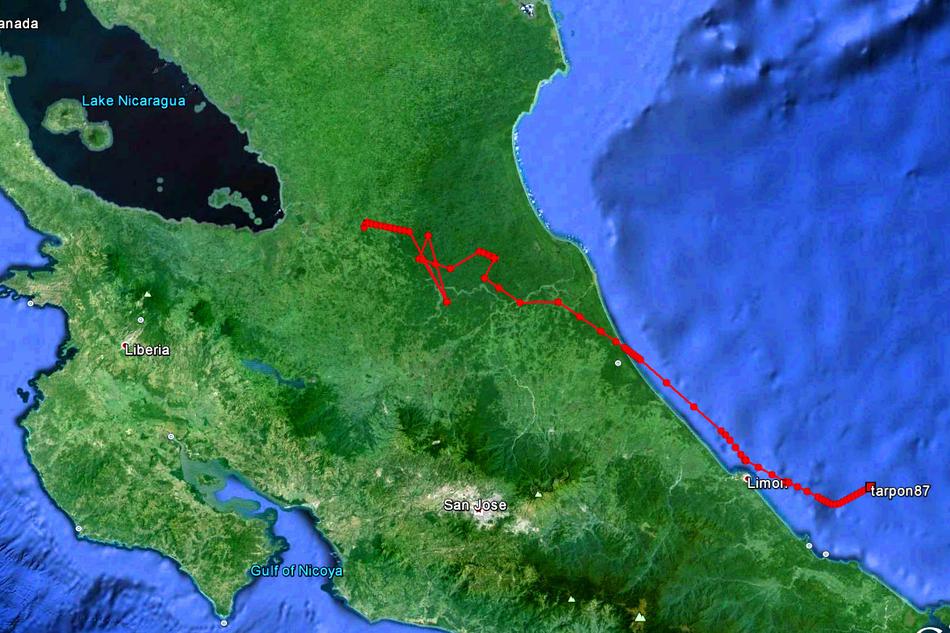 Many questions remain concerning the interaction between tarpon in Central America, the Caribbean and the populations along the Gulf and Atlantic Coasts.  Over the past few years, satellite tags have been placed in tarpon in Trinidad and Nicaragua.  These tags have given us a glimpse into migrations along both Central America and the Caribbean Islands.  With work continuing to place tags in Costa Rica and even Cuba, we will hopefully discover what interaction, if any takes place between the various Atlantic tarpon populations.  Below are maps of some of the information learned so far.

This particular tarpon shown below was tagged in the San Juan river, approximately 60 miles from the Atlantic Ocean. The fish was caught in fresh water that was flowing from Lake Nicaragua to the ocean. The water in the river in this area is more fresh than Maimi tap water. The fish weighed in excess of 120 lbs. It stayed in the river a few days and then exited into the ocean. The track is below. The first part of the track where the marks are bouncing around is due to poor light attenuation and estimated locations coming from the tag and likely have some error associated with them. What you can tell from this the fish left the river and moved into the ocean traveling to Costa Rica.