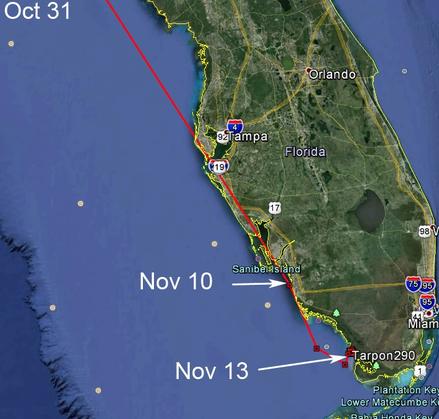 Many tarpon in the eastern Gulf of Mexico have also been satellite tagged.  The tagging has shown a similar north in the spring, south in the fall migratory pattern; however, not all fish conform to the normal migrations, as is shown below.  Also, the spring/early summer satellite tracking has revealed possible spawning locations along Florida's Gulf coastline.  What follows are some examples of tracks and specific data derived from various tagged tarpon on the eastern side of the Gulf of Mexico: 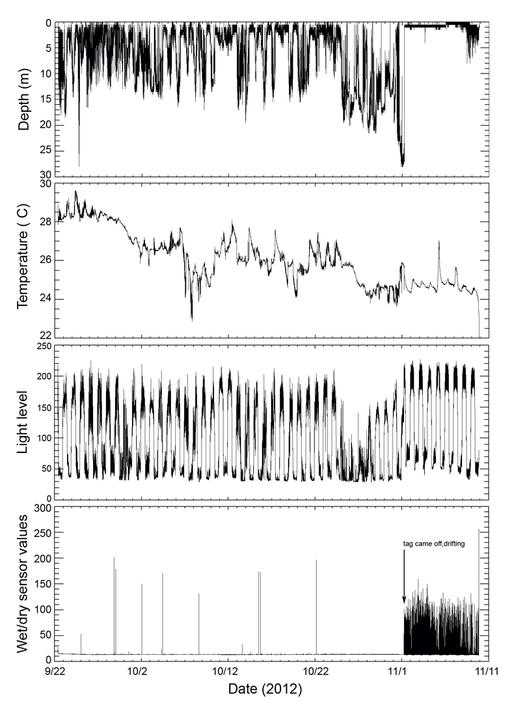 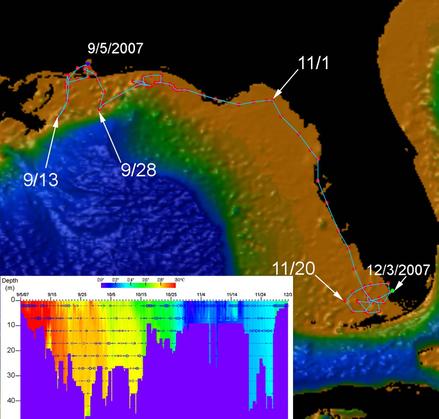 The following tarpon was also tagged on the west coast of Florida but showed a reverse spring migration which sent the tarpon south and ultimately leading to possible spawning off of the Tampa Bay area prior to the tag coming off.