Movement in September Off Corpus 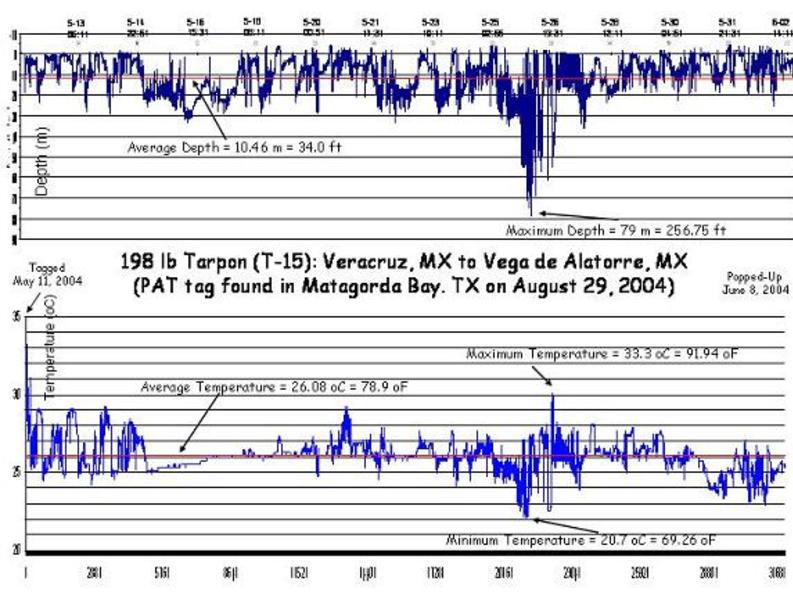 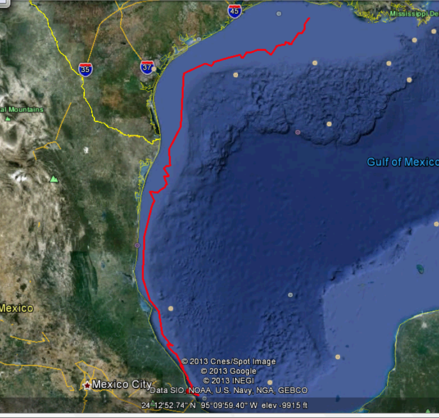 Movement in September Off Galveston 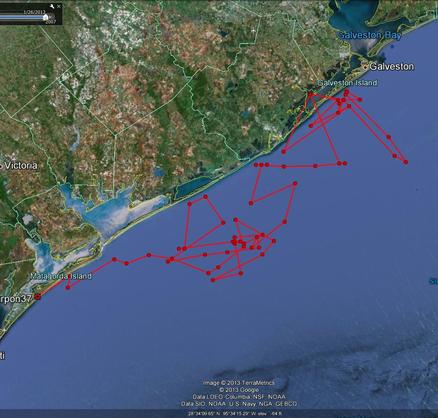 For more than ten years, a significant number of tarpon have been satellite tagged on the western side of the Gulf of Mexico.  Tagging has taken place in Mexico and Texas.  The fish tagged in Mexico in the spring have migrated northward toward Texas and into Louisiana.  Tarpon tagged in mid to late summer in Texas have either remained in Texas or migrated to Louisiana.  In the fall, tarpon tagged in Texas have migrated toward Mexico as cooler water temperatures take hold of the northern latitudes.  What follows are examples of tracks and data derived from various tagged tarpon on the western side of the Gulf of Mexico. 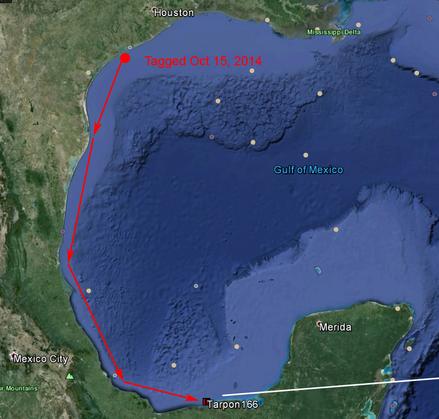 Movement from April to August 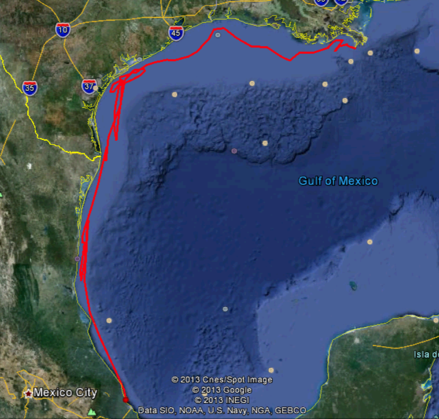 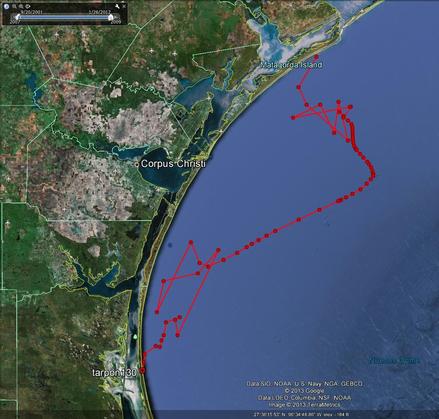 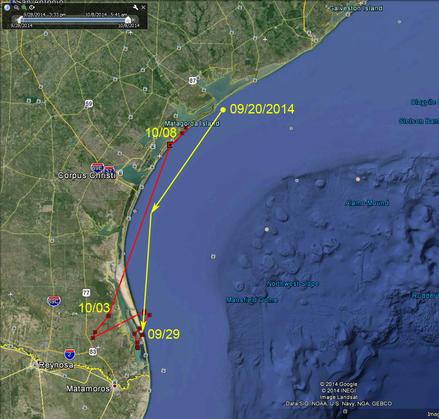 Movement from May to September