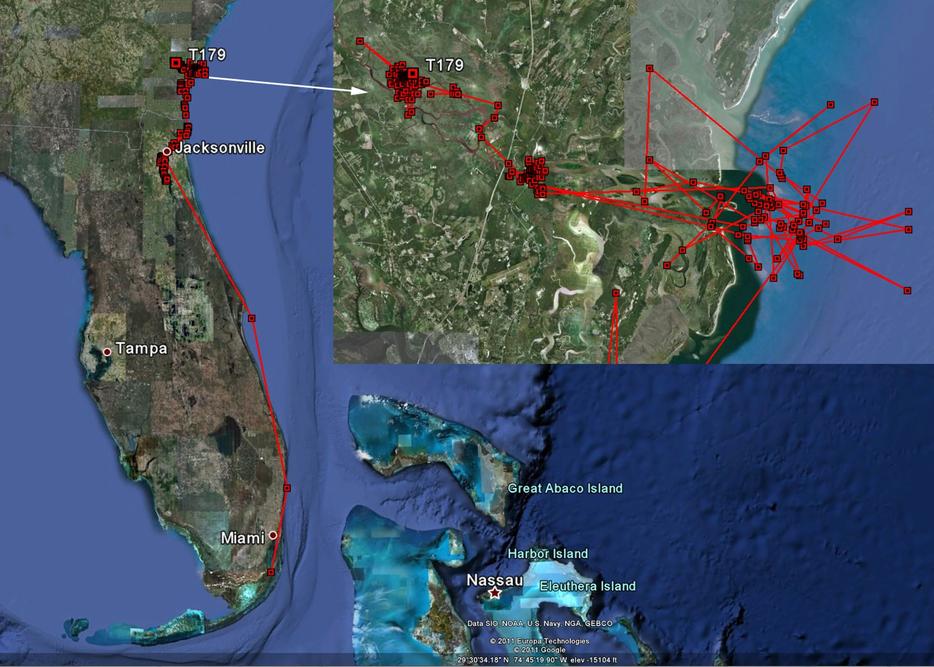 The map below shows the movement of a 156 lb. tarpon that was tagged in Broad Key, Florida in April 2011 and migrated to Georgia.  The extensive use of estuaries during the migration is shown by the map and the inset below.  A corresponding, reverse migration path has been observed in the fall along that Atlantic coast, similar to that shown on both sides of the Gulf of Mexico.